Policy Address 2018: A push for steady economic development of Macao

Highlights from the Government

The Chief Executive Chui Sai On delivered his Policy Address to the Legislative Assembly in mid-November 2017 entitled “Be pragmatic yet enterprising, and share the fruits of development”.

The Policy Address pointed out that Macao’s economy is gradually picking up is and makes a commitment to keep pushing for steady economic development. It says the Government will consolidate cornerstone industries while fostering the growth of emerging industries, promoting the development of a “smart city”, supporting the development of small and medium-sized enterprises (SMEs), and increasing regional co-operation with a view to integration of national development strategies.

The Chief Executive said some uncertainty was on the horizon for the world economy, but the Macao SAR Government was cautiously optimistic about the economic outlook for the city and expected to see growth in 2018.

The Chief Executive said the Government would focus on giving the city a new image, dubbed Cultural Macao, to help boost competitiveness. 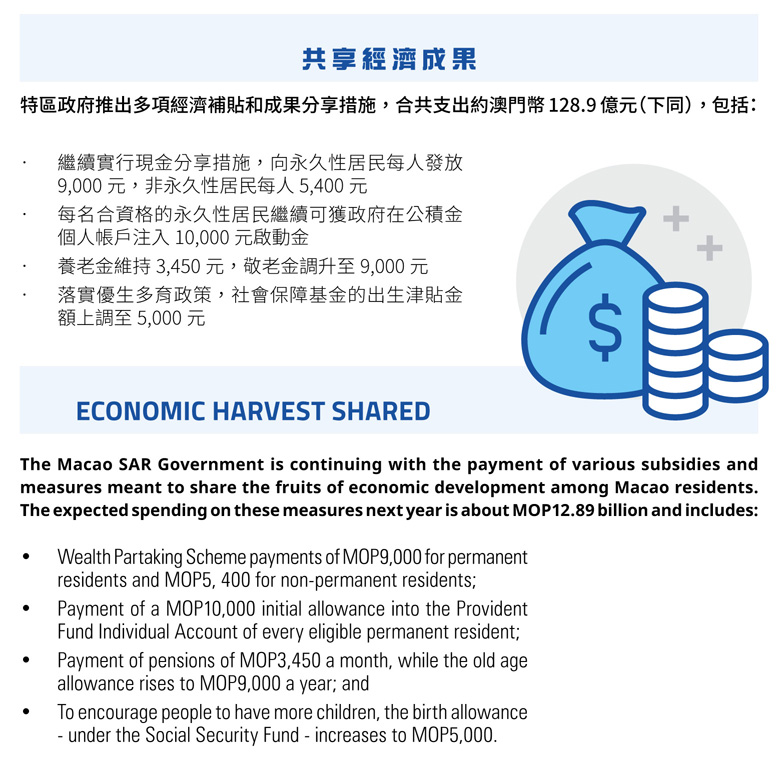 Pointing out the opportunities presented by the strategy for developing a smart city, Mr Chui said the Government would encourage Macao SMEs to adopt innovative business models, explore online markets, improve their technology equipment, cultivate workers qualified in their respective fields and co-operate with e-commerce enterprises in Mainland China to explore markets in Portuguese-speaking Countries. The Chief Executive said SMEs made up more than 90 percent of all companies in Macao and the Government attached great importance to SMEs and their role in economic development.

The Government will encourage Macao SMEs to become more competitive as it works to improve the services it gives companies with the priority of enhancing the licensing mechanism in 2018, and by co-ordinating the workflow between its various departments to provide an ideal business environment through the application of big data. Mr Chui said the Government would support conventional shops that have a history of brand-building, such as keeping their brands up to date, making them more conspicuous and improving service standards.

To diversify the economy, the Government is committed to spurring on emerging industries such as the meetings and exhibitions industry, which have grown fairly rapidly in recent years. Guided by the strategy of giving priority to conventions, the Government will strive to bring more meetings of professionals and more international meetings and exhibitions to the city, and to encourage event organisers to arrange excursions to various parts of the city. The Chief Executive said this could entice high-end travellers to spend more in local communities, so supporting the growth of SMEs in the city.

Following the establishment of the headquarters of the China-Portuguese-speaking Countries Co-operation and Development Fund in Macao, the city should strive to render financial services as part of the “Belt and Road” initiative. Mr Chui said the Government would advance a comprehensive training programme to qualify workers in Traditional Chinese Medicine (TCM) in 2018, and strive for the gradual industrialisation and internationalisation of TCM with technical support from the state key laboratory.

As for tourism and gaming, the Chief Executive said the Government would fully review the gaming regime and improve the relevant regulations. He said gaming enterprises would be encouraged to buy products and services from Macao SMEs and develop aspects of their business other than gaming.

The authorities will assess how best to use the capacity of Macao to handle tourists, and facilitate the development of inexpensive hotels, theme parks, shopping centres and other tourism infrastructure. Now that the United Nations Educational, Scientific and Cultural Organization (UNESCO) has designated Macao a Creative City of Gastronomy, the Macao SAR Government will keep promoting the unique culinary culture of the city, bringing the economic benefits of tourism to its communities and facilitating community tourism. 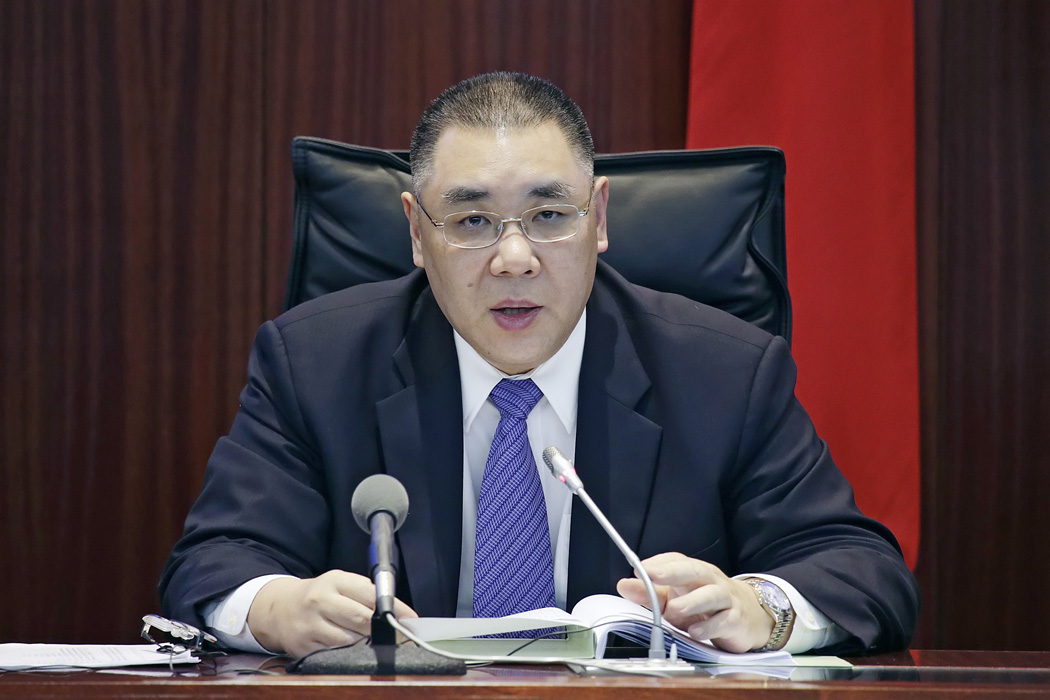 The Policy Address says there is a need to increase regional co-operation and pursue platform-based economic strategies, with a view to putting fully into action the Five-year Development Plan and integrating the development of the city with national development strategies. The Chief Executive said Macao would make efforts to foster the integration of the “One Centre, One Platform” function of the city with the “Belt and Road” initiative and the planning of the Guangdong-Hong Kong-Macao Greater Bay Area. A special department will be set up to co-ordinate and enhance regional co-operation efforts, he added.

The city will comprehensively increase its co-operation with Guangdong by taking part in the development of free trade zones on Hengqin Island, in Zhuhai and in Nansha in Guangzhou, and by facilitating the liberalisation of trade in services between Macao and Mainland China, to build a more competitive business environment.

The Policy Address says Macao should keep increasing regional co-operation within the Pan-Pearl Delta Region in the joint exploration of markets in Portuguese-speaking Countries, the European Union and Southeast Asia. The city will also increase co-operation with Fujian, strengthen the Beijing-Macao Co-operation Partnership, prepare to build the Jiangsu-Macao Co-operation Park, increase co-operation with Sichuan and look into further ways to co-operate with the traditional industrial areas in central-western and north-eastern China. Macao will constantly improve its communication mechanism with Hong Kong and fully leverage the function of the Macao Economic and Cultural Office in Taiwan. 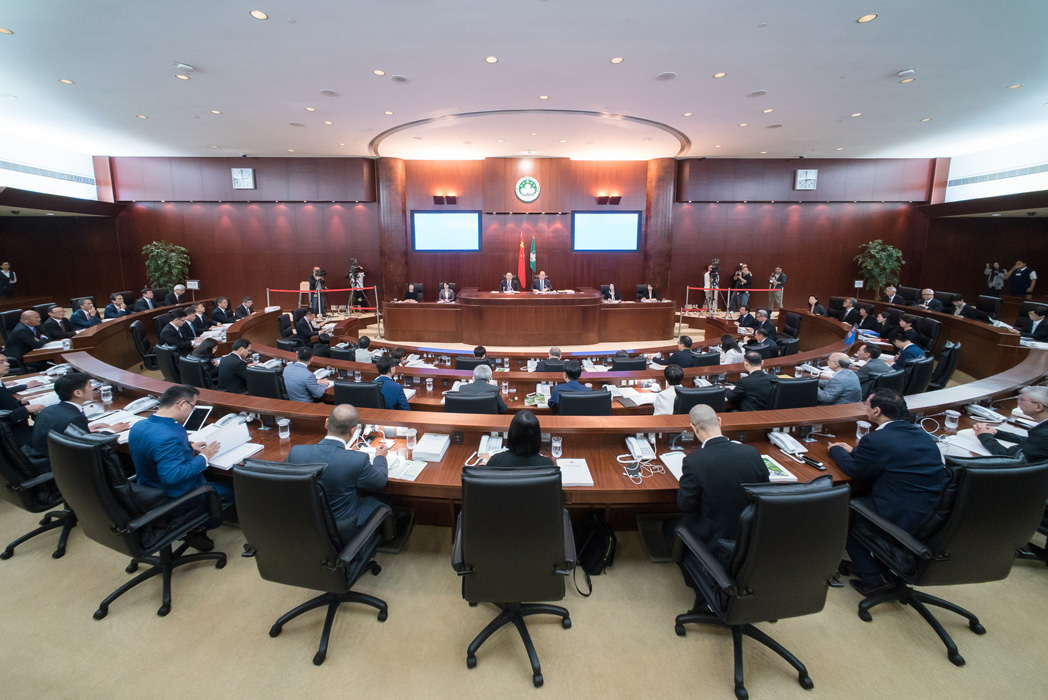 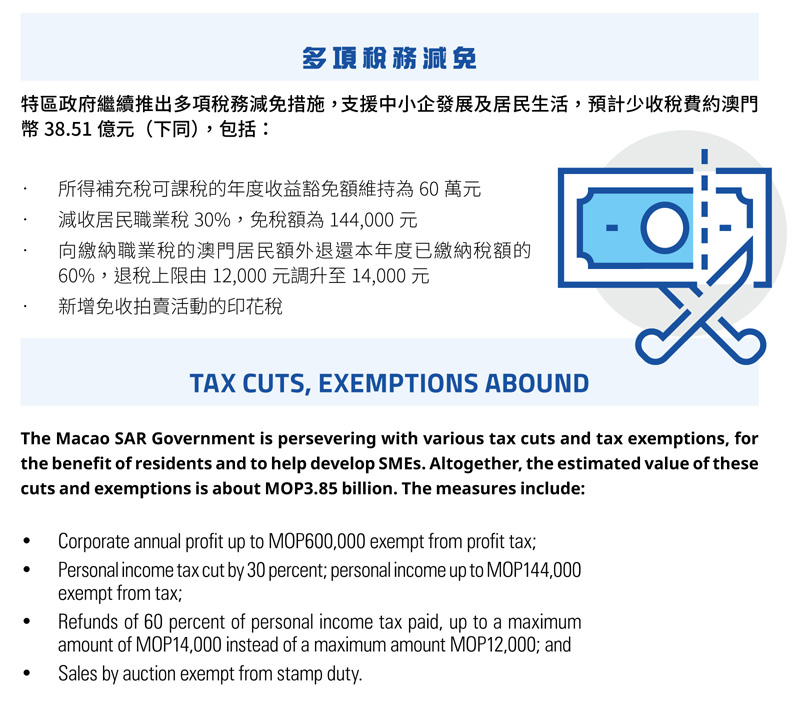