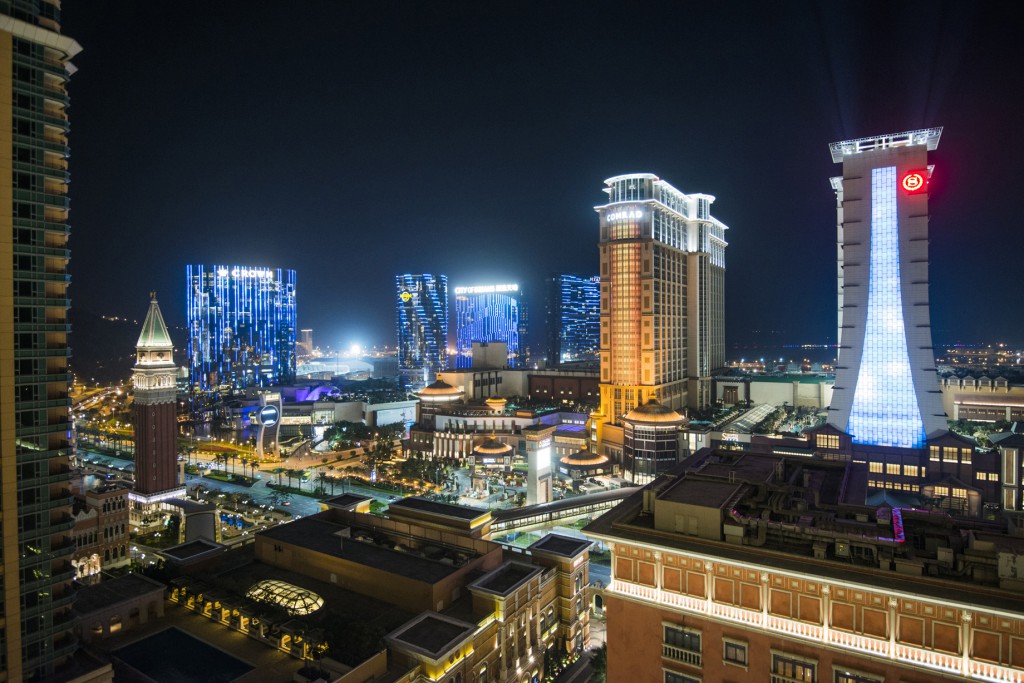 The convention and exhibition industry (also known as the MICE industry) is one of the fastest growing industries in Macao over the recent 10 years. It is also an important component of the moderate diversification of Macao’s economy. The MICE activities have been enhancing itself in terms of number, quality, internationalisation and level of marketisation of events. The number of events grew from around 260 in 2002 to over 1,400 in 2018, attracting over 2,100,000 participations. Among these activities, 60 exhibitions were held in Macao in 2018, involving more than 1,700,000 participations, up by 10% year over year. In the first quarter of 2019, 10 exhibitions were held in Macao, which were joined by approximately 235,000 attendees, increased by 22% year over year.
As a department designated to comprehensively coordinate the development of Macao’s MICE sector, the Macao Trade and Investment Promotion Institute (IPIM) has already joined the International Congress and Convention Association (ICCA) in 2012, in a bid to carry out bilateral exchange with venue managers and professional conference organisers from all around the world, as well as international conference association. IPIM can also access ICCA’s online database which integrates information of more than 17,000 international conventions, and look for potential conferences which Macao can bid for and stage them in Macao.
ICCA is one of the authoritative organisations in the international MICE sector. It was founded in 1963. Over 1,100 governmental organisations, MICE companies and centres from around 100 countries and regions are members of ICCA. There are 10 ICCA’s members in Macao which include government departments, hotels, professional conference organisers and convention service providers. Every year, ICCA releases ranking of numbers of conferences held by international associations in different countries or regions/cities, and the ranking has become one of the authoritative indexes for the global MICE sector, and one of the key references for professional conference organisers when they are choosing venues for hosting events.
According to the International Meetings Market 2018 Report, published by the International Congress and Convention Association (ICCA) in May this year, the number of international meetings held in Macao recognised by ICCA in 2018 stands at 39, remaining virtually unchanged as compared to 2017. The number of conferences in the recent three years remains at the same level. Despite the fact that the total number of international association conferences in 2018 dropped slightly, Macao’s market was able to maintain good performance, which demonstrates that the city remains competitive in the international convention market. In 2018, Macao ranked the 71st among cities worldwide and the 17th in Asia Pacific. 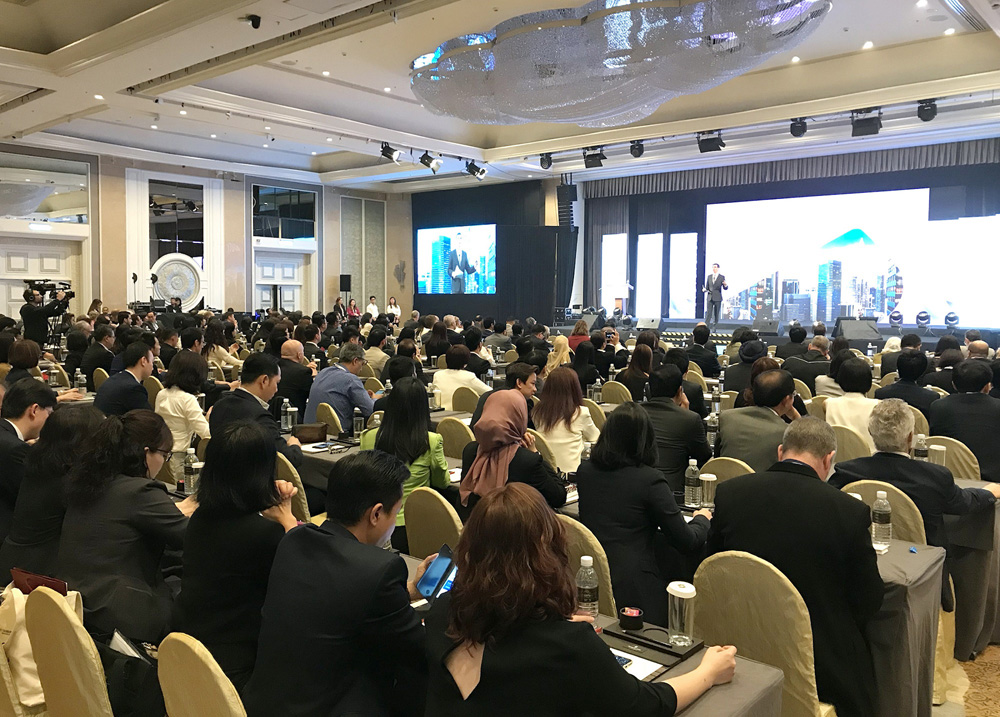 Sci-tech-themed Convention in Macao Grows Remarkably in Numbers
According the ICCA statistic report, the number of international sci-tech-themed, medical and scientific conferences account for over 43% of accredited conferences – which is the biggest proportion among all ICCA-approved conventions held in Macao – with 29% of international conventions have been held in Macao, manifesting that conference organisers consider Macao an ideal destination for hosting international conventions. Such a tendency shows that Macao is prepared to join and support the construction of the “Guangdong-Hong Kong-Macao Greater Bay Area International Technology and Innovation Centre” with its advantages in hosting conferences, conducive to co-operation and exchange in technology and innovation areas.
Each year, ICCA collect statistics of international association conferences held in different countries and regions/cities around the world. ICCA has a high standard of assessment. Only conferences involving no less than 50 attendees held by international associations/organisations (excluding private companies) in three or more different countries and regions/cities will be included in the statistics. As a result, the statistics of conferences held in different places grow and decline periodically every 2 to 4 years. Since this report only reveals numbers about conferences held by international associations, ICCA also recommends the industry to refer to other statistics in order to have a full picture of the industry’s performance.
The Macao SAR Government has been pro-actively nurturing the city’s MICE sector. In 2016, the SAR Government initiated the strategy of giving priority to convention, in a bid to strengthen the power of policy support, accelerate the cultivation of the MICE industrial chain, assist the industry in bidding for more internationally influential MICE activities to be hosted in Macao, constantly improving the professional level and efficacy of MICE activities, and attract quality business travellers who are with more spending power. After the opening of the Hong Kong-Zhuhai-Macao Bridge and the implementation of the Outline Development Plan for the Guangdong-Hong Kong-Macao Greater Bay Area started, impetus will be introduced in the MICE sector in the Greater Bay Area and Macao’s MICE industry will be further improved. Synergistic effect of regional collaboration will become more and more apparent and the customer bases of both regions will also be enhanced. 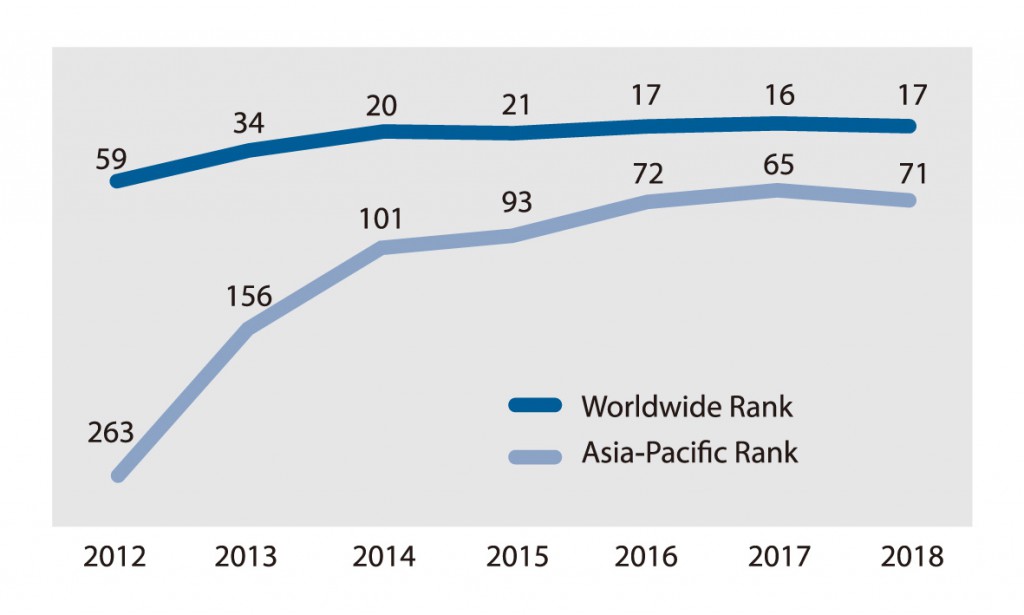 Macao’s rank in the ICCA Report 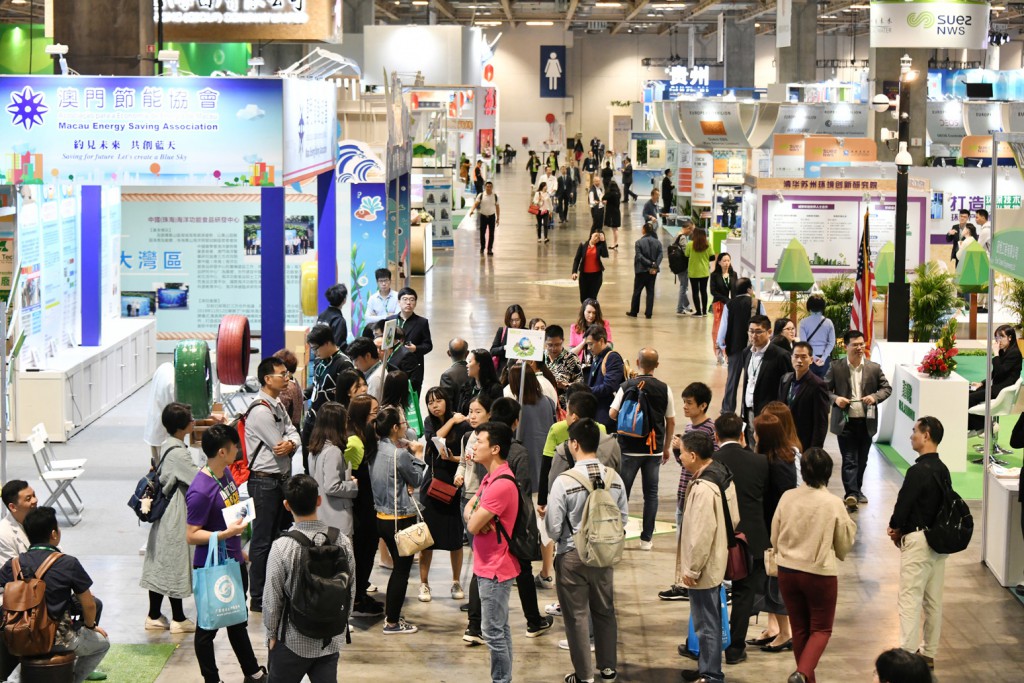