In the annual speech to the Legislative Assembly delivered in the middle of April, Mr Ho Iat Seng, Chief Executive of the Macao SAR, said Hengqin Island, Zhuhai would become a prominent platform in the efforts by Macao to contribute to the Guangdong-Hong Kong-Macao Greater Bay Area, while the city further integrates into the national development effort.

The title of Policy Address for Fiscal Year 2020 was “Forging Ahead Towards New Horizons”. The overall direction of the public policies implemented in the remainder of 2020 would be: fighting the pandemic, safeguarding employment, stabilising the economy, caring for local people’s livelihoods, implementing reform, and facilitating development. In the speech, Mr Ho described Hengqin as a convenient and appropriate location, that had a wealth of land resources for Grade-A office blocks that could house banks and other companies from Mainland China – an advantage that Macao lacks.

Mr Ho said that the authorities in Macao would spare no effort in working together with their counterparts in Zhuhai and Guangdong to build a community on Hengqin with high-quality municipal services and a good environment which is open, promotes innovation, completed with city functions and with an outstanding ecological environment. He encouraged collaboration in new ways of thinking and methodologies to develop the Guangdong-Macao Intensive Co-operation Zone in Hengqin. He also advocated combining Macao’s advantages from the “One country, two system” principle and international free trade port with the resources and landbank available on Hengqin Island, in order to form an open economy of higher level, with mechanisms enabling Guangdong and Macao to jointly plan, develop and benefit from Hengqin’s progress.

Mr Ho reiterated that the moderately diversified economy is key to Macao’s success. Through regional co-operation, especially the development of Hengqin Island, Macao would be able to create better conditions and fresh opportunities to foster a moderate diversification of its economy. Macao will utilise fully its roles as separate customs territory, a Commercial and Trade Co-operation Service Platform between China and

Portuguese-speaking Countries, and its connection with other places to combine the city’s advantages with Hengqin’s land resources in order to reinforce the region’s opening-up. Such efforts would help build the co-operation channel between Mainland China and the countries and regions covered by the “Belt and Road” iniative, especially Portuguese-speaking Countries and Latin American Countries. With these efforts, Macao is determined to support the country’s full opening-up.

Mr Ho’s Policy Address highlights how Hengqin could help nurture “Macao-branded” industries and facilitate the region’s industrial transformation and upgrading. Industries that have a high level of added value and low energy consumption and pollution, such as traditional Chinese medicine, food and dietary supplements, would be a priority. A new legal framework for the certification and management of traditional Chinese medicine products is also in the works.

Mr Ho said Hengqin would help Macao reach the goals laid out in the existing policy, of Macao becoming a World Centre of Tourism and Leisure. He said Guangdong and Macao would together develop more tourist products that might inspire more multi-destination trips. Hengqin might also serve as a place where enterprises in China and Portuguese-speaking Countries could collaborate in the business of leisure sport, he said.

The Macao SAR Government has expressed its confidence that Hengqin can assist in fostering Macao’s role as a Commercial and Trade Co-operation Service Platform between China and Portuguese-speaking Countries.

Offering financial services is cited as a driving force. Mr Ho said the Guangdong-Macao Intensive Co-operation Zone in Hengqin would have facilities for spurring innovation in financial services and technology. He said Macao authorities would move ahead with strengthening a soft and hard infrastructure for the city’s financial sector, trying to make it easier for the city’s banks, insurers and other financial businesses to operate on Hengqin, including mechanisms to allow capital to flow freely between the jurisdictions.

Mr Ho said the Guangdong-Macao Intensive Co-operation Zone in Hengqin could become an offshore centre for renminbi clearing. Officials in Guangdong and Macao would study the feasibility of a market for securities denominated and cleared in renminbi, that could promote the development of a modern financial services sector.

The authorities were eager to look into arrangements in the Guangdong-Macao Intensive Co-operation Zone in Hengqin that could support firms working in e-commerce and cross-boundary trade that serve China and the Portuguese-speaking Countries. The island might become an international trade centre serving all partners, and further developing economic and trade ties.

The Policy Address highlights how authorities in Guangdong and Macao could together – via Hengqin – use the advantages of registering ships in Macao to jointly explore the possibilities of maritime co-operation among the Guangdong-Hong Kong-Macao Greater Bay Area, other regions in Mainland China and Portuguese-speaking Countries. Additionally, Mr Ho said he wanted to speed up the establishment of a “Base for Exchange and Co-operation Where Chinese Culture Is the Mainstream and Diverse Cultures Coexist.” The authorities on Hengqin would encourage film producers and television programmes – as well as other creative enterprises – to pay attention to the history and culture of Macao, and, in particular, to the ability of the city to mesh Chinese and Western characteristics.

A hand to steady the economy

Mr Ho Iat Seng, Chief Executive of Macao, says the overall aim of government policy for the remainder of this year would be to steady the economy and to facilitate development. During the presentation of the Macao SAR Government Policy Address for Fiscal Year 2020, Mr Ho emphasised the effort to improve conditions for economic recovery after the COVID-19 pandemic has ended. Once the pandemic was under control, his administration would offer targeted incentives to spur the recovery of the integrated tourism and leisure sector.

Mr Ho also promised to approach the Central People’s Government to resume issuing permits for Mainland Chinese to visit Macao at a suitable juncture. The Secretary for Economy and Finance would take over management of the Macao Government Tourism Office from the portfolio of the Secretary for Social Affairs and Culture, in a move designed to create synergy between public policy on tourism and economics.

Mr Ho expressed an eagerness to spur private sector investment and on intensifying efforts to attract investment to Macao. His administration plans to help Mainland Chinese enterprises establish regional headquarters in Macao and help develop their ambitions to explore international markets. The process of obtaining permission for private investments and construction projects would be accelerated.

The Macao SAR Government would keep offering small and medium-sized enterprises (SMEs) a suite of relief measures to help overcome the difficulties linked to the COVID-19 pandemic. In addition, officials from government and the business community will study the feasibility of a SME risk fund that could be used to craft more resilient businesses.

Mr Ho said his administration would begin the tender exercise for building public housing in New Urban Zone Area A and construction of Home-Ownership Scheme housing units on Lots B4, B9 and B10. Part of the plans also include work on converting parts of the Taipa Ferry Terminal for incorporation in the second passenger terminal at Macao International Airport, and on building the fourth crossing between the Macao Peninsula and the island of Taipa.

The most significant infrastructure project to be undertaken in the current cycle was the Light Rapid Transit (LRT) railway in eastern Macao. The line would stretch from the Macau International Airport, via New Urban Zone Area E to New Urban Zone Area A.

Mr Ho said his administration would begin consulting the public about the specifics of the eastern line before the end of the year. He said the Macao SAR Government had asked the Central People’s Government for permission to reclaim land from the sea near the Pearl Oriental area in the northern district on the Macao Peninsula, so the LRT could eventually reach the Border Gate.

Construction of LRT lines to Seac Pai Van and the Mainland Chinese Island of Hengqin will also begin as soon as possible. The line to Hengqin would give access to the national network of railways carrying high-speed passenger services, allowing travellers to come from the capital of Guangdong province, Guangzhou, directly to Macao. 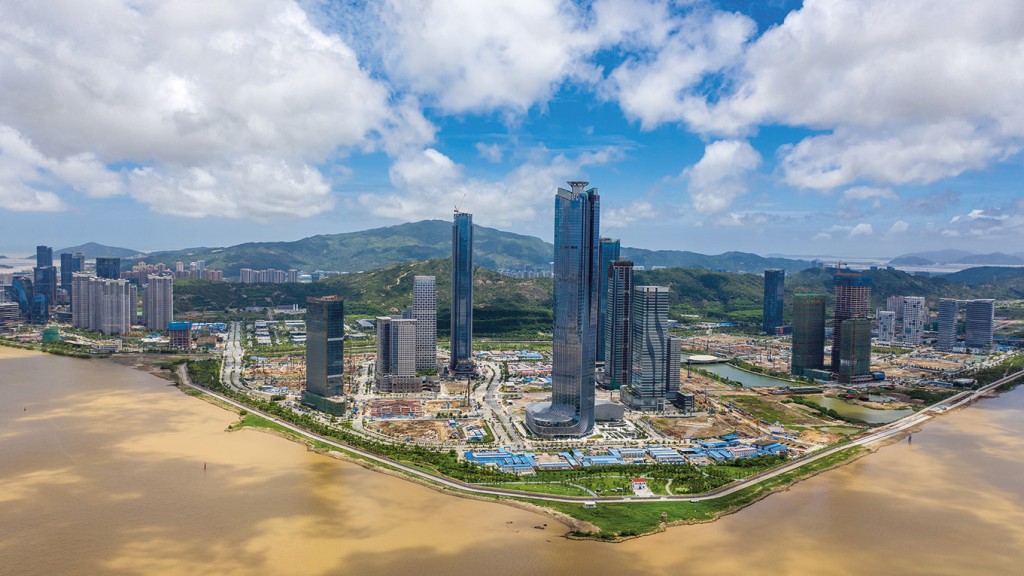 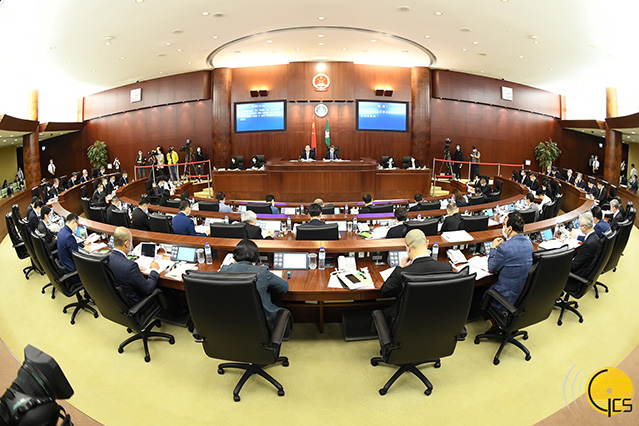