On 23 October 2018, Chinese President Xi Jinping officially declared the opening of the 55-kilometre Hong Kong-Zhuhai-Macao Bridge (HZMB). The bridge features a 22.9-kilometre oversea bridge and a 6.7-kilometre undersea tunnel connected by two artificial islands which allows shipping to pass through unhindered. Made of 400,000 tonnes of steel, HZMB is the world’s longest sea-crossing and the sixth longest bridge on earth.

The new bridge is key in China’s plan to develop the Guangdong-Hong Kong-Macao Greater Bay Area by integrating 11 cities in southern China into a major economic hub. The distance of travel between Hong Kong, Zhuhai and Macao is now reduced to just one hour, which will make the transport of goods much more efficient and will boost tourism into the region.

Macao Chief Executive Chui Sai On said the opening of the HZMB was an important milestone for Macao and an “historical day of political and economic significance”. He also said the bridge “enriched the practice of ‘one country, two systems’” and furthered the “Chinese dream” to build on the “Belt and Road” initiative. 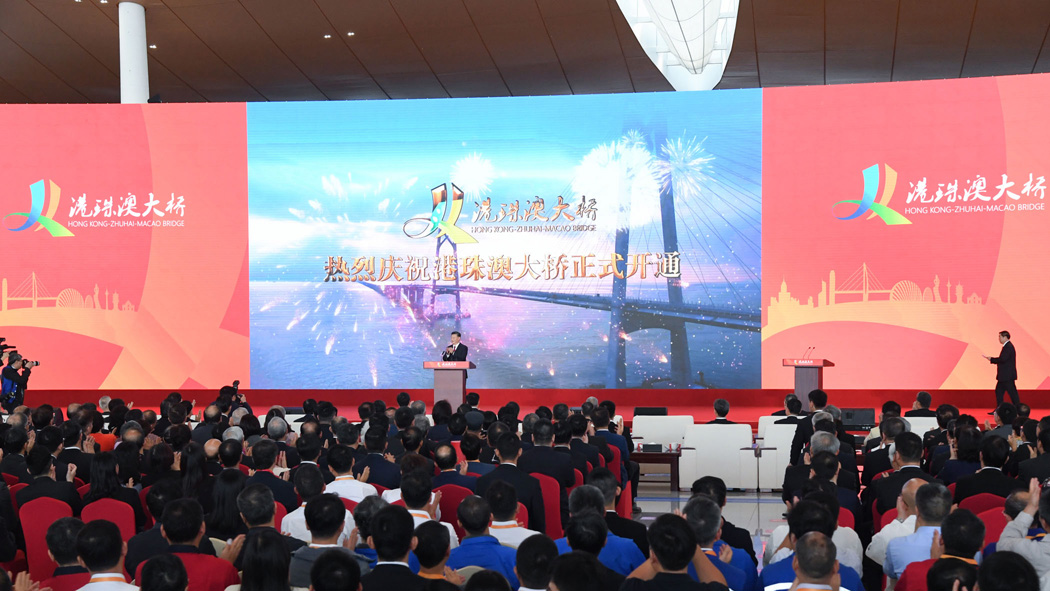