Macao’s status as a UNESCO Creative City of Gastronomy is not only supported by its rich diversity of restaurants but also by a host of shops – both novel and traditional – dedicated to offer ice creams of both innovative and consistent quality.

One such shop is LemonCello, which sells its own brand of ice cream. Nikita Fu opened LemonCello in Travessa da Sé more than a decade ago. Driven by her passion for snack food and for creating a brand unique to Macao, Ms Fu’s shop was also the first in the city to specialise in gelato. It took her two years to get everything ready for the opening of the shop, including the right recipes for flavours enjoyed by Asian customers.

“Westerners tend to prefer a sweeter and more buttery flavour, which does not suit locals that well. Even though the use of butter can add volume to ice-cream and stabilise the texture, we have chosen not to use it, as the customer may not like that flavour,” Ms Fu tells Macao Image. “Instead, we have added a variety of fruity flavours and spent much time working out the right ingredients and production methods.”

LemonCello gelati gradually gained popularity among residents and visitors alike. By 2008 business had settled down, so the shop bought more equipment for ice-cream making. The same year, Ms Fu opened a branch of LemonCello on Taipa. In 2017, another branch opened in Avenida Horta e Costa to sell mainly to Macao residents.

Increasing rents and customers’ sensitivity to price increases pose challenges to the business, Ms Fu says. But she has not waivered from her plan to grow the business. The Galaxy Macau integrated resort asked LemonCello in 2016 to open an outlet in the resort, in keeping with the trend among Macao casino-resorts of bringing in local specialist retailers to enrich the range of shops catering to their patrons. LemonCello is preparing to open another outlet this year, inside a hotel.

Another idea Ms Fu is considering expanding the business is “intrapreneurship”, the idea of behaving like an entrepreneur while working in a larger organisation.

Kika Japanese Gelato, an ice-cream shop in Travessa da Sé, opened in June 2016. It was established by Goto Reiko, who hails from the Shizuoka prefecture of Japan. She had studied and worked in Macao before setting up her ice-cream venture, which was when she fell in love with the city and one of the reasons for her to build her brand here and set out to make gelati with Japanese flavours the main selling-point. The shop is named after her daughter, Kika.

Travessa da Sé is a lane in a touristy area and is lined with shops selling snack food. The area is known for its high rents. But Ms Goto opted to open Kika Japanese Gelato in Travessa da Sé because she was determined to gain rapid exposure for her brand from the flow of tourists that walk through the area.

The Japanese green teas matcha and hojicha, as well as salt-pickled sakura, are among the novelties to the palate of Macao people, Ms Goto says. Her shop also sells ice-cream in various fruit flavours, depending on what fruit is in season.

The business of Kika Japanese Gelato was stable by the end of 2017, thanks to increased awareness of the shop and its exposure on social media.

Among Cantonese bing sutt, a shop selling cold refreshments, Lai Kei is the only one in Macao that sells ice-cream made on the premises. The Lai Kei specialities best-known among its customers are its yam-flavoured ice-cream, its red bean popsicles and its ice-cream sandwiches. The present owner, Ambert Kwong, tells us that his grandfather started the Lai Kei brand 70 years ago, when he began vending ice-cream from a cart – an enterprise that eventually led to the opening of a bing sutt by Mr Kwong’s father.

Lai Kei has always been a family-run enterprise, Mr Kwong tells Macao Image. Other businesses in Macao are often hobbled by big increases in rents, but Lai Kei occupies premises owned by the family. Lai Kei matches its output of ice-cream to seasonal changes in demand, and keeps its costs under control, so reducing the pressure to keep sales up.

A big selling-point for the Lai Kei brand is the absence of additives from its ice cream, Mr Kwong says. A steady stream of customers – Macao people and tourists – sustains the business, even though many new places serving desserts have opened in recent years, he says.

“Other shops see more younger clients, while ours tend to prefer a more traditional flavour. The price range we offer is also cheaper,” Mr Kwong says. But as clients have become more demanding in the range of flavours, Lai Kei has also diversified its menu – such as the addition of banana boats and various sundaes; the shop is also selling the new sesame and peanut flavoured ice creams.

Lai Kei has previously turned down approaches by hotels looking for co-operation opportunities, Mr Kwong says. That was simply due to the fact that the shop has limited number of staff, while it is positioned to maintain a stable business. “Our clients also don’t like us to make too many changes.” 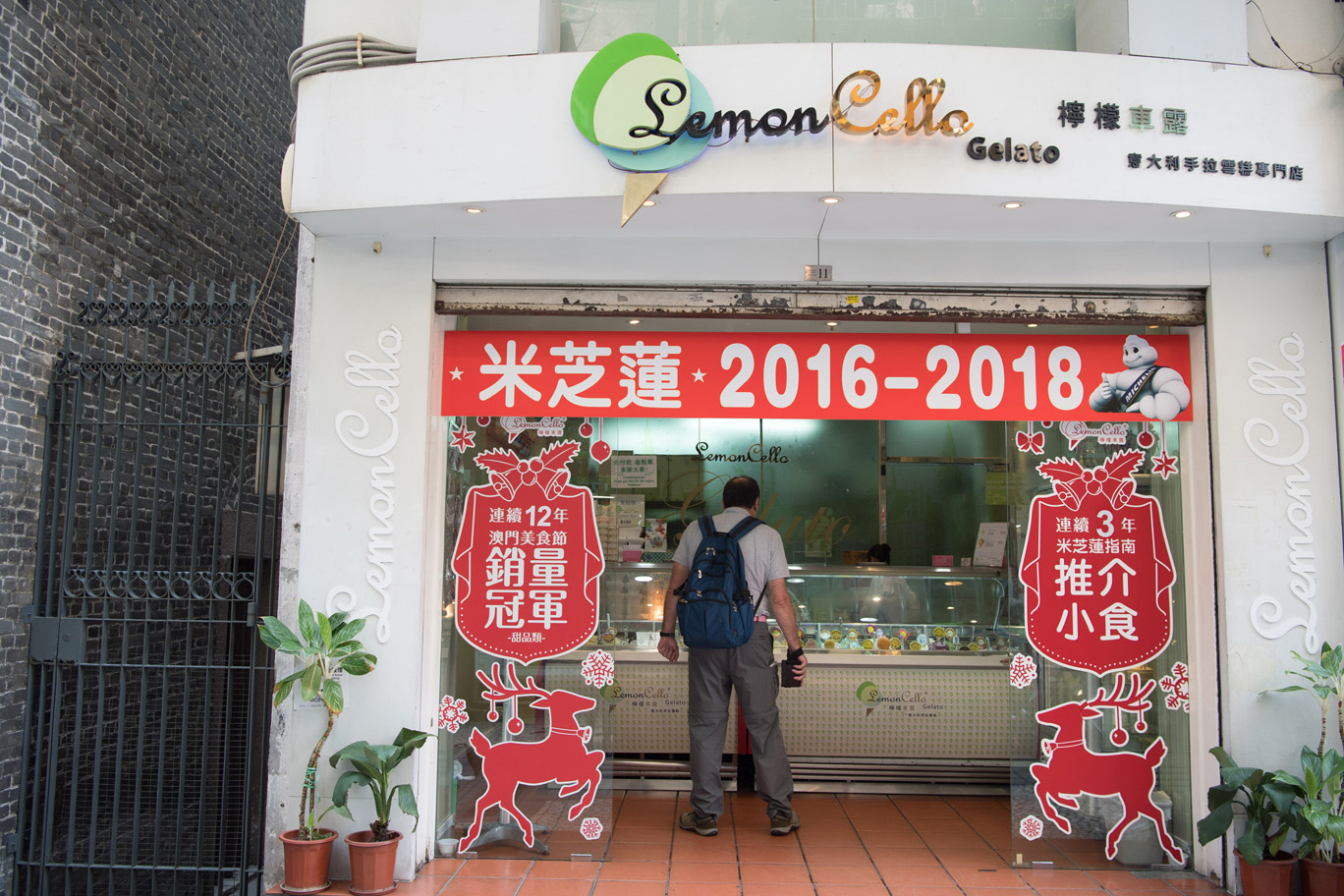 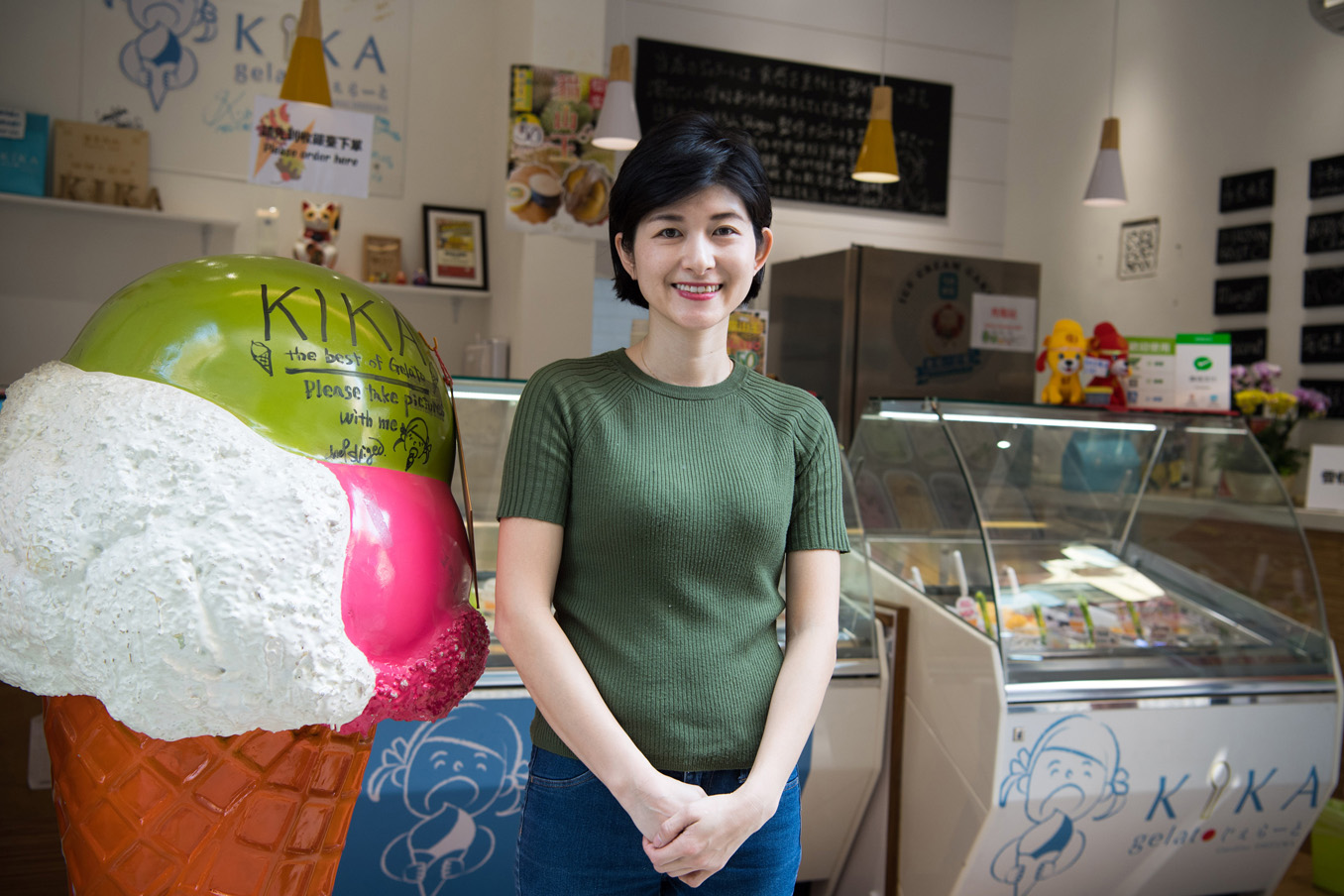 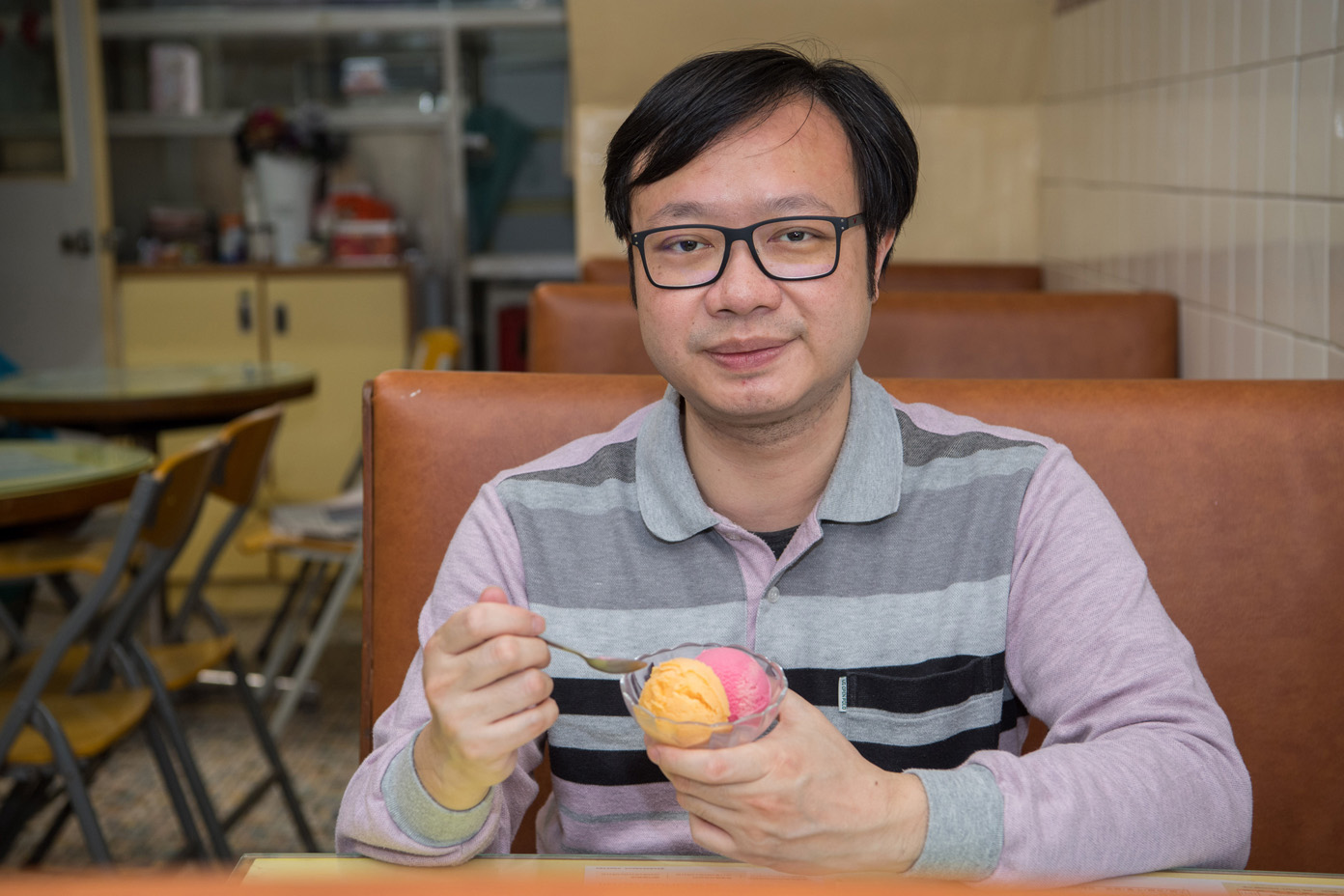 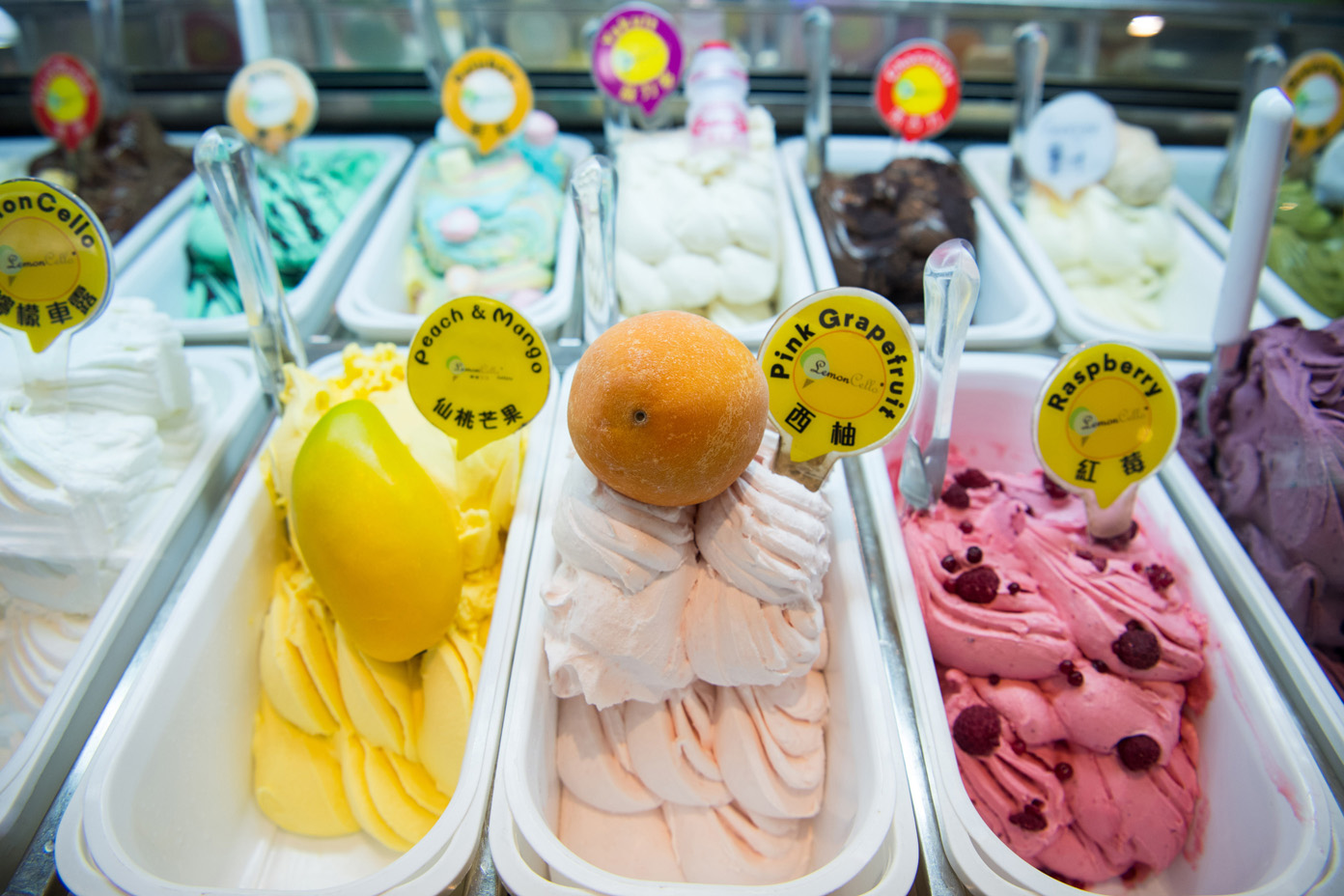 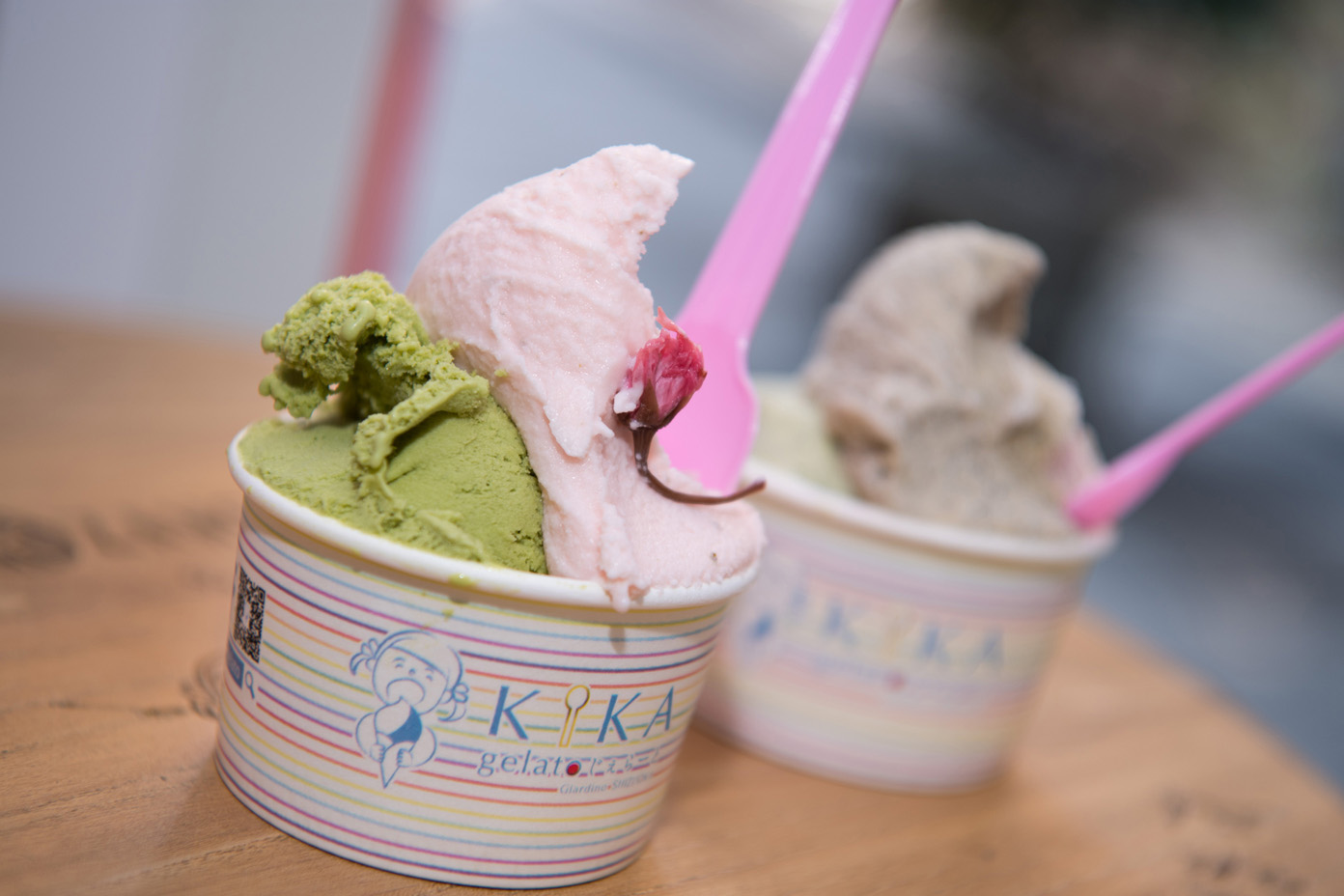 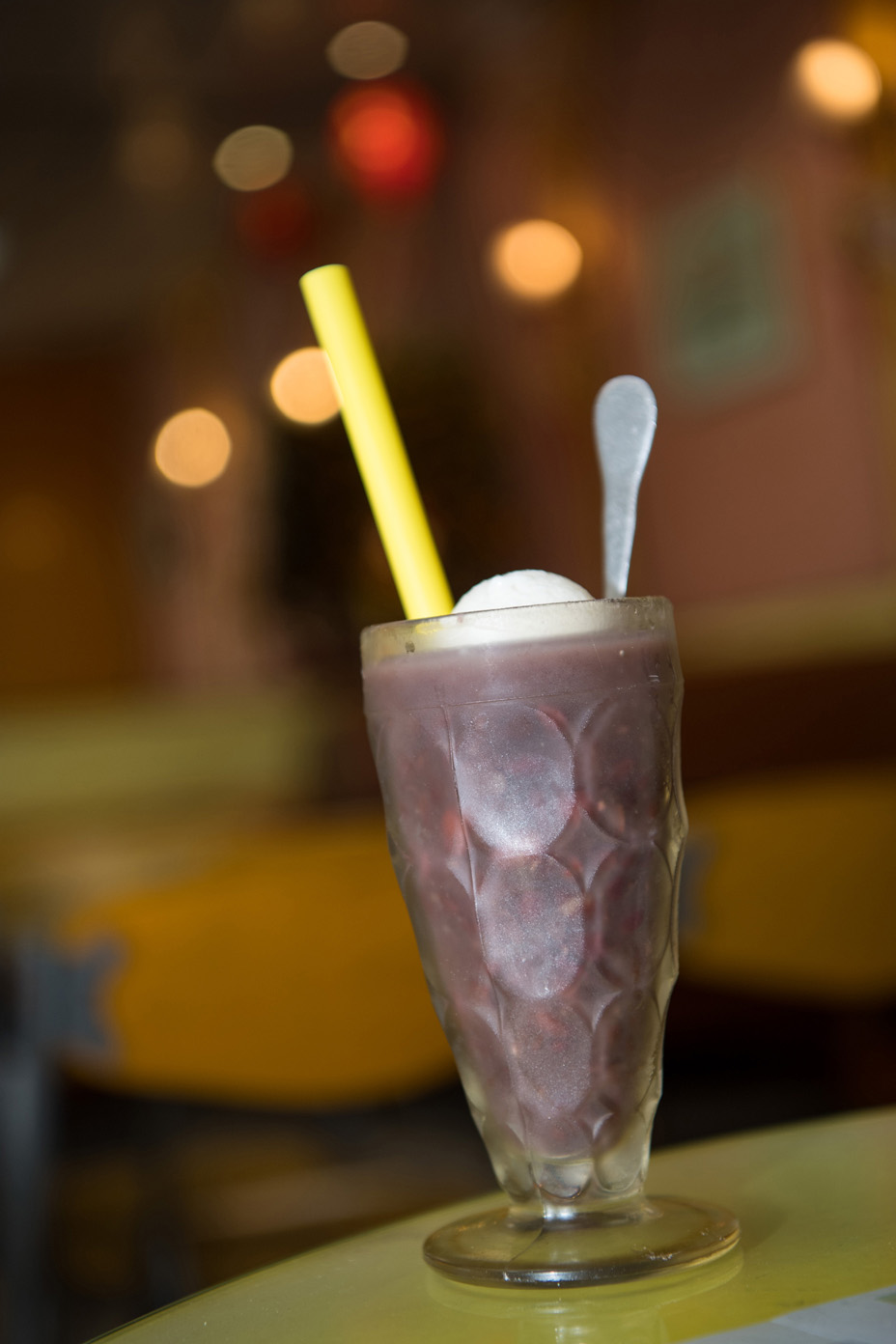