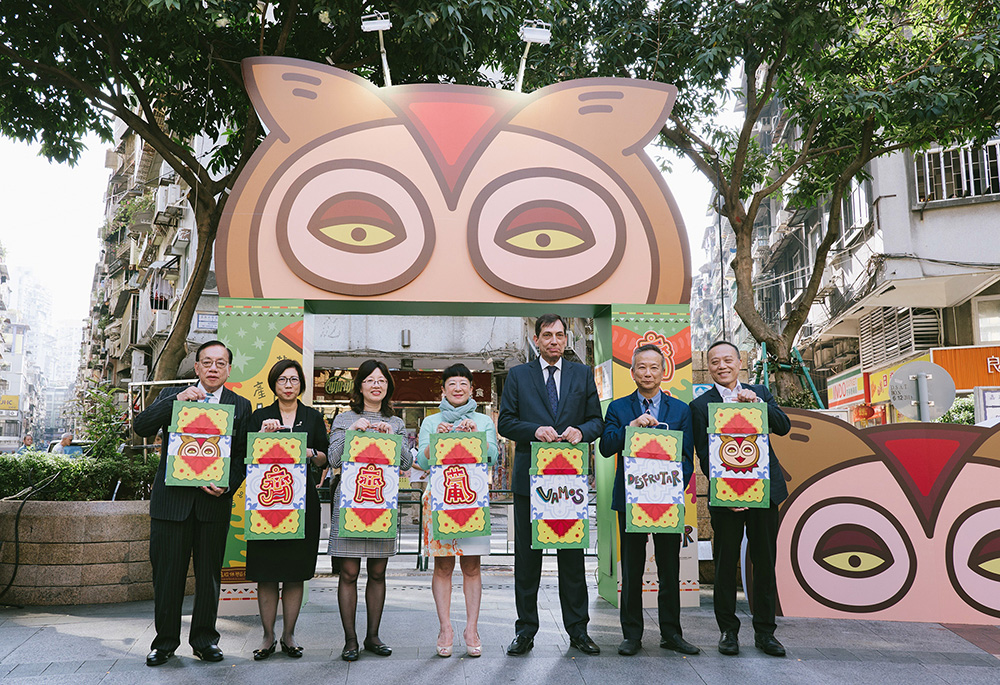 Collaboratively organised by IPIM, the Macao Association for Promoting Community Economic Development and the Industry and Commerce Federation of Macau Central and Southern District, co-organised by the Permanent Secretariat of Forum for Economic and Trade Co-operation between China and Portuguese-speaking Countries (Macao) and the China-Portuguese-speaking Countries Federation of Entrepreneurs, the “Let’s Hang Out – Lusophone and Macao Products Bazaar” was held at Rotunda Carlos da Maia (Three Lamps District) and Rua da Restauração from 1 to 3 November.

In her opening speech, Mrs Irene Va Kuan Lau, President of IPIM said that 27 local businesses joined the Bazaar and more than 40% of them joined the event for the first time. The Bazaar offered a wide range of products from Portuguese-speaking Countries, Macao brands and local original designs. It was the first time for the Bazaar to be held on local street, in a bid to introduce citizens and travelers to Portuguese-speaking Countries’ food and culture in a more down-to-earth way.

At the opening ceremony of the Bazaar, traditional dance of Cabo Verde brought more vitality to the area. At the event, student choirs’ Portuguese songs and magic performance brought by local artist attracted a number of citizens and travelers.