Mainland and Macao Entrepreneurs Inspect Infrastructure in Myanmar and Thailand 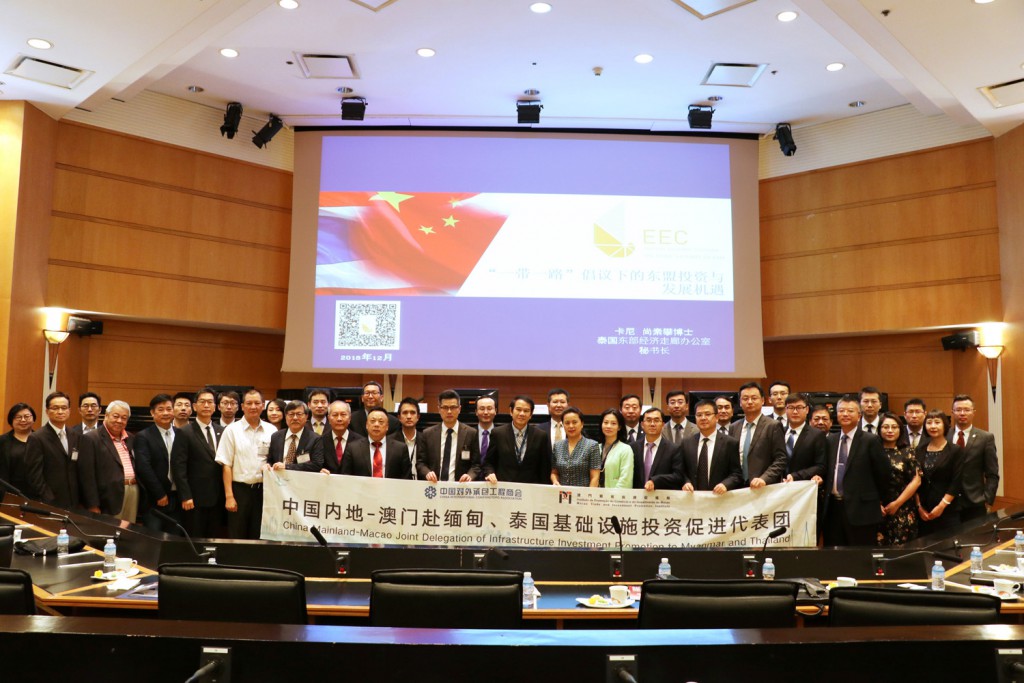 Jointly organised by IPIM and the China International Contractors Association, a study mission to Myanmar and Thailand was held under the activity “China Mainland-Macao Joint Promotion of Infrastructure Investment to Myanmar and Thailand” on 11 to 18 December 2018. This is the very first infrastructure investment promotion activity jointly participated by entities from Mainland China and Macao.

The delegation composed of 65 representatives of enterprises and organisations from Mainland China and Macao, involving an array of industries such as architecture, engineering and finance. In the mission, the delegation jointed the Myanmar Marketplace Seminar and Thailand Marketplace Seminar. They also had the opportunity to visit some of the government departments and Chinese corporates in the two countries, and joined a couple of the major investment promotion sessions as well as having field inspection there. In addition, the organiser of the mission also took this chance to invite relevant authorities of Myanmar and Thailand to the Tenth International Infrastructure Investment and Construction Forum.

The study mission endeavoured to pave ways for enterprises to build connection with Myanmar and Thai governments and gain latest information of the business environment and development opportunities in infrastructure sector. The event opened doors to new opportunities for enterprises from Mainland China and Macao.