The 2021 Macao International Environmental Co-operation Forum & Exhibition (2021MIECF) is scheduled to take place from 5 to 7 August 2021. Every year, the MIECF invites prominent figures in the international environmental sector to serve as keynote speakers. The 2021MIECF has invited Ms. Dong Mingzhu, Chairperson and President of Gree Electric Appliances, Inc. of Zhuhai and UN’s “Messenger of Sustainable Urban Development”, as the keynote speaker, who will deliver a keynote speech at the opening ceremony.

At the opening ceremony of the first day, Ms. Dong Mingzhu will deliver a keynote speech under the theme of “Transformation of the Manufacturing Industry under ‘Dual Carbon’ Goals” to discuss and share her opinions on the prospects for reinforced co-operation between the manufacturing industries of Zhuhai and Macao on the innovation of green technologies and the development of the green industry within their own closed-loop industrial chains of green research and development, manufacturing, consumption and recycling, against the backdrop of the two key national goals of “emission plateau” and “carbon neutrality”.

As Chairperson and President of Gree Electric Appliances, Inc. of Zhuhai, Ms. Dong Mingzhu has been named by the United Nations as “Messenger of Sustainable Urban Development” and appointed as the first Rotating Chairperson of the UNDP Private Sector Advisory Board. She is also Member of the Committee of Experts for the 13th Five-Year Plan for the National Development and Reform Commission and a delegate for the 10th, 11th, 12th and 13th National People’s Congresses. Ms. Dong Mingzhu, Chairperson and President of Gree Electric Appliances, Inc. of Zhuhai and UN’s “Messenger of Sustainable Urban Development”, serves as the keynote speaker at the 2021MIECF. 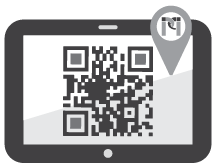